Skip to Content
Home / Travel / 7 cheap and exciting destinations you need to visit. 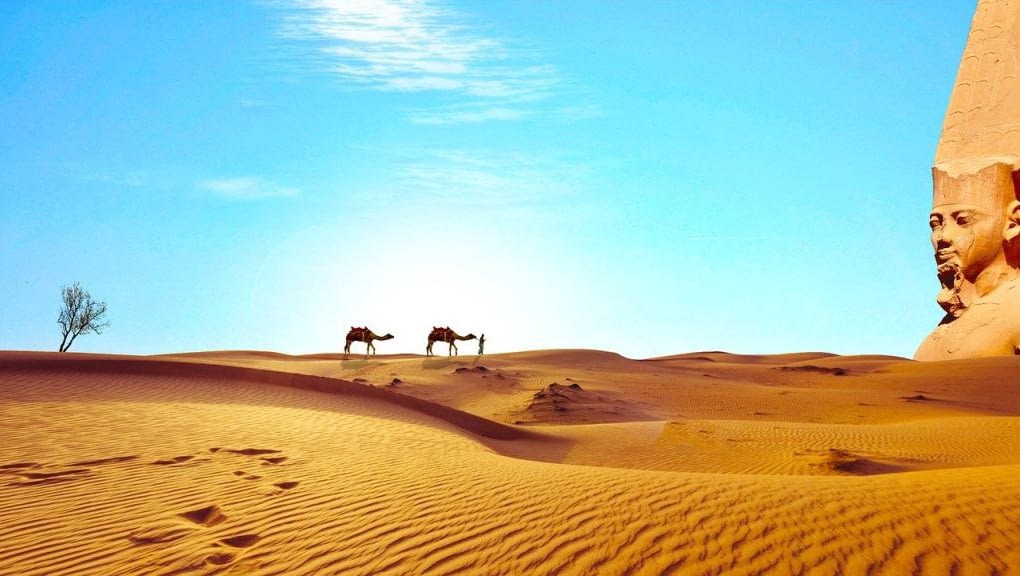 We all love a great vacation, especially in beautiful locations worldwide. Sadly, a lot of exotic locations are expensive to visit.

However, struggling to earn a living shouldn’t stop you from seeing beautiful places. So I have compiled a few destinations you can visit that are cheap for you to have fun on a budget.

Take a look below and please tell me this doesn’t ignite your wanderlust!

If you are looking for clean sandy beaches, great weather, historical sites, stunning natural scenery and friendly natives, you will see all of them in Ghana and a lot more.

As a traveller, Ghana has so many places that can cater to the purse strings of everyone. You can chill on the beaches in Accra that are generally free to visit.

One interesting place that picked my interest is Ga-Adangbe Caskets Workshop. It is renowned for designing very unusual caskets.

They make coffins that symbolize the lives of the dead person that are buried in them.

If a person was a pilot, he will have an aeroplane shaped coffin made for him. It attracts various woodworking students worldwide.

This beautiful European country has a lot to offer to travellers on a budget. It has historical locations, UNESCO World Heritage Sites, beautiful scenery and more that are inexpensive.

If you are a lover of Dracula movies, you have come to the right place. You will get the chance to see his castle in Transylvania.

This 57 room castle was built in the 13th century and is full of historic furniture, clothing, and other things to keep you busy.

You can also have a partisan experience without breaking the bank in Bucharest under the Arch of Triumph situated on Kiseleff Boulevard.

Other interesting cheap places to visit are Museums, Parks, Century-old monasteries, hunted forests, the Place Of Parliament well from the outside’ which is Europe’s largest building and more.

The Caribbean is associated with luxury travel. However there are budget-friendly locations you can visit here. Turks and Caicos are one of them.

This island nation is an archipelago of 40 islands in the Atlantic Ocean. This island has fantastic weather, pristine beaches, azure waters, beautiful coral reefs etc.

Dive into the country’s history in Cheshire Hall, a plantation built in the 1700s where Slaves worked in the cotton fields. It is in Providenciales.

It features a Great House, a cotton press base, a slave cabin and a kitchen.

This southeastern Asian country has a brutal past due to the Khmer Rouge regime. However, it is a gem for tourists on a budget.

You can get a chance to see the various architectural gems when strolling in Phnom Penh, the country’s capital. You can also watch movies for free in Phnom Penh’s German cultural centre.

You can also chill on Cambodian beaches like Sihanoukville beach are as beautiful as Indonesian beaches.

If you are a fan of delicious food, stunning natural sites and more, look no further. They can all in Bolivia.

This central South American country has a lot to offer tourists on a budget.

This country has beautiful animals that you may not see elsewhere. Examples are the nearly extinct flamingoes and llamas that are native to only South America.

It also has a stunning landscape to satisfy nature lovers. An example of this place is Laguna Colorada. Laguna Colorada which means ‘’Red Lagoon’’ in Spanish is a red salt lake situated in Potosi, Bolivia.

It gets its beautiful red colour from the algae and minerals found in the water. A large number of flamboyant flamingoes are present in the lake. Its breathtaking.

You have to take a picture of yourself.

If you want to experience the native belief systems of the Indigenous people or cast a spell on someone ‘’wink’’, visit the witches’ market. You will get all your heart’s desire there.

If you are a connoisseur of art and history, I invite you to get lost in Egypt’s The Land Of The Pharaohs. This North African country is renowned for its fascinating classical history from queen Cleopatra to Pharaoh Tuthkhamen.

It has also inspired many writers to create fantastic stories ranging from Agatha Christie’s ‘Death on the Nile to Marie Corelli’s Ziska: Problem of a wicked soul, not to mention movies like James Bond’s The Spy Who Loved Me to the Mummy franchise.

Your visit to Egypt is sure to be unforgettable. There are a lot of good and unforgettable places you can see in Egypt.

One beautiful place you should visit is Al-Andalus Garden. This botanical garden is located in Cairo the capital.

It has beautiful flowers and exquisite architectural features like colourful mosaic benches, fountains and arches that make it a haven for photographers.

Other exciting places to visit are museums, the beach, the Nile River, temples, the pyramids and more.

When you think of the Orient, what comes to your mind? The exotic country of Ceylon is now known as Sri Lanka.

This beautiful island nation is also nicknamed ‘The Gem Of The Indian Ocean is in the Indian ocean.

The country is home to various cultures, languages and ethnic groups. Yes, Sri Lanka may have gone through a brutal 26-year-old war, but it has bounced back.

This country has a rich history and has a vast array of interesting things to be seen and experienced. It has scenic landscapes, archaeological edifices, great weather and stunning landmarks.

An example of this place is Viharamahadevi- Park. Nature lovers can have a great time in this place. It is in the capital Colombo.

It can boast of water fountains, a zoo, beautiful flora and a play area for children.

If you are an adrenaline lover, head up to Ella where you can hike up Adam’s Peak. It is 1141m above sea level. See the sunset at its zenith. It is simply out worldly.

Other great places to visit are the National Maritime Museum and Galle Fort.

Tips For Saving Money During Your Trip.

Travelling can be costly but there are a few things you can do to reduce your expenses.

So there you go! Have fun and conquer the World!

6 beautiful locations in Africa worth visiting

7 exciting places to see in Mallorca: Gem of the mediterrean.